Predicting how mutations in proteins alter their ability to function is critical to understanding what drives health and disease in humans. A new study in Structure, Cell Press by scientists at the University of Notre Dame and their colleagues demonstrates how a minor mutation can have far-reaching effects on a protein, playing a role in the onset of different diseases. 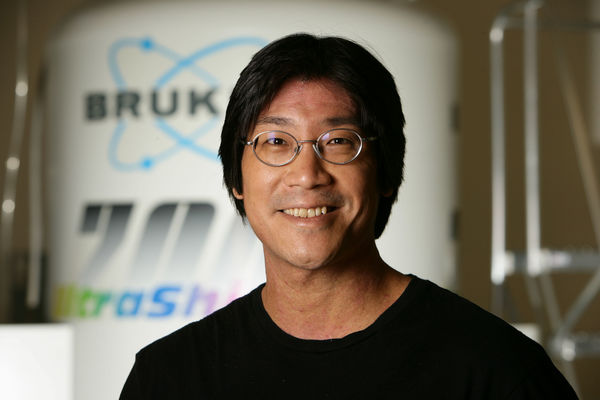 Proteins are the movers and shakers within cells. They are made up of flexible chains of amino acid sequences that fold into three-dimensional structures that enable them to fulfill functions essential for cell survival and growth. The specific shape and stability of a protein’s structure depend on networks of interactions between its amino acids. These networks can be altered by various mutations (amino acid changes), which can cause protein misfolding or destabilization. “In those cases, mutations can become a basis for disease,” said Jeff W. Peng, a biophysicist at Notre Dame and senior author of the study. “So, it’s important to know the effects they will have on a protein.”

Peng is an associate professor of chemistry and biochemistry, with a concurrent appointment in physics, and faculty member of the Biophysics Graduate Program. Peng collaborated with Meiling Zhang, a graduate student at University of Notre Dame, and David A. Case, a distinguished professor of chemistry and chemical biology at Rutgers University, to investigate how a mutation on the surface of a protein called Pin1 led to changes in the protein’s ability to withstand changes in temperature. The study allowed Peng and his colleagues to create a “map” of the key interactions within a protein – essential for foreseeing the effects mutations might have on proteins.

Pin1 is a human enzyme that is an example of a “hub protein”,  because it interacts with many other proteins supporting intracellular communication. Pin1 interactions regulate critical cellular processes that play roles in the onset of diseases from cancer to Alzheimer’s disease.

As part of their current research, Peng and his colleagues mutated a specific amino acid on the surface of a Pin1 sub-region, known as the WW domain. The researchers assumed the mutated amino acid served only a minor role in supporting structural integrity, but the results proved otherwise.

“The surface mutation caused unexpected long-range changes, with global effects on the protein,” said Peng. The mutation broke up surface electrostatic interactions, as expected, but it also produced long-range changes across the entire beta-sheet structure— the WW domain’s architectural core. The changes compromised the size, shape, and function of the beta sheet because the mutation introduced large-scale motion. The motion caused the beta sheet to toggle between functional (folded) versus dysfunctional (unfolded) shapes.

Proteins aren’t static structures; they must contend with incessant thermal energy fluctuations that challenge their structural cohesion. The cohesion is derived from numerous interactions, some of which are more critical than others, formed by the amino acids. However, the relative importance of the interactions is not obvious.

The findings underscore the relevance of this fundamental research, leading to improvements in prediction accuracy, which will someday allow researchers to design better, less-resistant drugs for treating cancers or bacterial infections, according to Peng.

“The mechanisms underlying protein mutation effects are much more complex than is often thought,” said Peng. “We’re on the frontier of understanding how these things work.”

This study was funded jointly by the National Science Foundation and a training grant from the National Institutes of Health.

Originally published by Teresa L. Johnson at science.nd.edu on October 05, 2018.