University of Notre Dame biophysicist Patricia Clark was the guest editor for a special July edition of the journal Protein Science, which focuses on proteins in the cell. 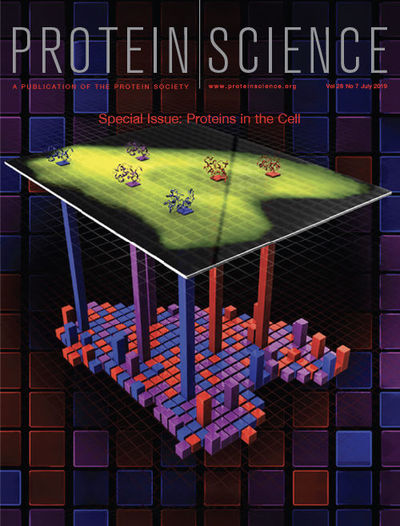 Protein Science, published by the Protein Society, is the leading journal for research into protein structure, function, design, and applications. Clark, the Rev. John Cardinal O’Hara, C.S.C Professor of Biochemistry, specializes in studying protein folding in vivo — inside cells.

“The vast majority of what we know about how proteins interact with each other, and basically all the foundational material in textbooks, is not actually from studying them inside cells, but in test tubes,” Clark said. “Also, most of the methods that we use to study proteins in test tubes simply do not work in the cell.”

But Clark’s lab is well known for studying proteins in their cellular environment, rather than in test tubes. This is why Protein Science Editor-in-Chief Brian Matthews, a professor emeritus at the University of Oregon, asked Clark to edit this special issue.

“His vision for this was to capture contemporary, cutting-edge techniques and current thinking on protein function inside cells,” she said.

Clark selected a combination of review papers and original research as part of the 16 articles included in the special issue, in addition to an editorial she wrote.

“Brian Matthews has worked in the field for about 50 years, during which time his research had significantly expanded what we know about how proteins work in the test tube,” she said. “I was honored that he recognized the importance of studying proteins in cells and delighted that he selected me to serve as the guest editor for this special issue.”

Originally published by Deanna Csomo McCool at science.nd.edu on July 15, 2019.