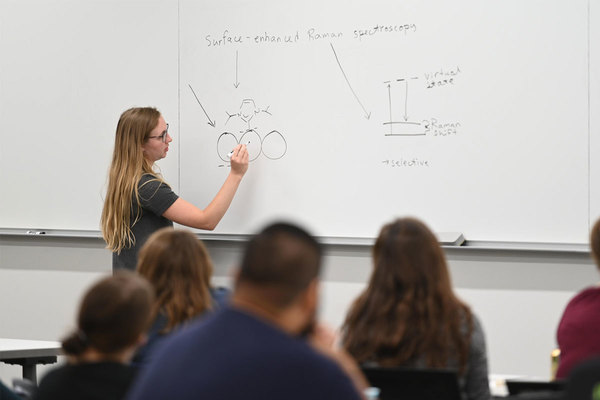 Paul Bohn ’77 recalls a meeting with Thomas Burish in 2006, when Bohn was still a chemistry professor at the University of Illinois. Burish, Notre Dame’s provost, told him he wanted to invest in an area of science that would allow Notre Dame to develop a distinctive character, and also make an impact.

“Those potential opportunities for investment were, at that point, not known, or they were ill-defined,” said Bohn, the Arthur J. Schmitt Professor of Chemical and Biomolecular Engineering, Professor of Chemistry and Biochemistry, and director of the University of Notre Dame’s Advanced Diagnostics & Therapeutics (AD&T) initiative, a unit that helps catalyze analytical research. “But one thing I thought we could really be preeminent in was the chemical measurement sciences.”

Ten years after AD&T was formed, the combined efforts of many people who shared in Bohn’s vision have propelled Notre Dame to 13th in the nation for analytical chemistry, according to a recent U.S. News and World Report ranking of the best graduate school programs.

Bohn points to strategic hiring decisions, support from the University and colleges, and the contributions of AD&T— in addition to long-range thinking — as reasons the University has developed a rich and varied program in such a short time. AD&T researchers use analytical science — techniques and methods to separate, identify, and quantify molecules — to develop technologies for more personalized medicine and improved environmental monitoring.

One of Bohn’s first moves as director was to invite Norman Dovichi, at that time an analytical chemistry professor at the University of Washington, to visit campus. Dovichi is known worldwide for his lab’s work on the Human Genome Project, the groundbreaking collaborative research program that mapped all the genes in the body between 1990 and 2003. 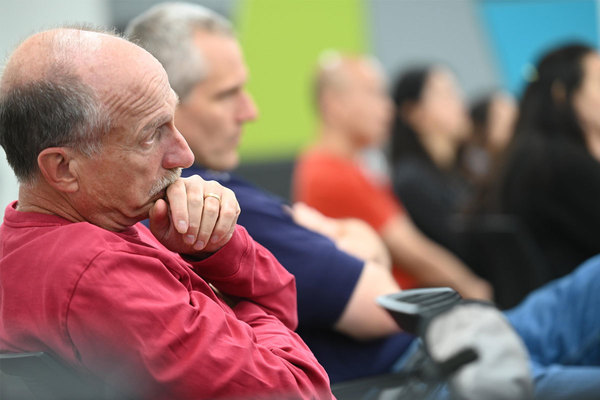 Dovichi, now Grace-Rupley Professor of Chemistry and Biochemistry, was impressed by what he heard at Notre Dame.

“Paul had the vision to create a world-class analytical sciences program here, and when I met with the provost, he said that this is a generational program – that this is not going to be quick,” Dovichi said. “But I took that as a sign that the University was very invested in this, and because of the combination of the resources Notre Dame can provide, as well as the opportunity to work with Paul, I decided to come here.”

“No university, department, or program can be better than its faculty,” Burish said. “Paul was absolutely the right choice to help us build a world-class analytical science program at Notre Dame. He and Norm are among the top 20 analytical chemists in the world, and they not only make it possible for us to have a significant impact, but also help us attract the best graduate students and faculty.”

One difference between Notre Dame’s programs and those of other schools is the focus on analytical science in general, and not specifically analytical chemistry. This means that instead of hiring strictly chemists, AD&T also looks for researchers in engineering, applied mathematics, and other fields.

“Collaboration was huge throughout my time at Notre Dame,” said Michael Trujillo ’18 Ph.D., who worked in the lab of Jon Camden, professor in the Department of Chemistry and Biochemistry. Trujillo noted that he worked closely with the labs of engineering professors and frequently interacted with students in other labs. “Many of these interactions led to fruitful collaborative projects.”

A few years after starting AD&T, Bohn began considering how to take the program to the next level, and he noticed the exceptional work that Indiana University and Purdue Universities were doing in the analytical sciences. He reached out to colleagues with a proposal to develop a virtual center among the three institutions. Both universities agreed, and the collaboration, the Indiana Consortium for Analytical Science and Engineering (ICASE), was born. In an early effort, the three institutions brought faculty together to teach the first simultaneous, video-enabled class on all three campuses, said Arnie Phifer, associate director of AD&T.

In 2018 they hired an executive director, Christopher Welch, and the partnership was recently awarded a grant through the National Science Foundation to start the Center for Bioanalytic Metrology. Those from the center will team with companies to create new measurement tools and techniques, in some cases combining them with the latest advances in artificial intelligence. 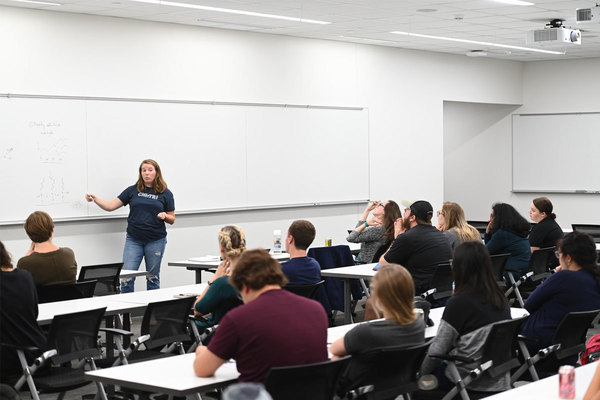 Once a month, the analytical scientists and engineers host a meeting known as a supergroup at McCourtney Hall where students and postdocs give “chalk talks” — informal presentations on a white board ­— and discuss their research and any issues they are having. Tracy-Lynn Lockwood, a fourth-year graduate student in the Department of Chemistry and Biochemistry and one of the supergroup coordinators, said she feels comfortable sharing her research from Marya Lieberman’s lab on developing a field device for illicit drug detection.

“Overall, the ability for a graduate student to feel comfortable discussing their work and receive constructive feedback without feeling scooped is something I only felt at Notre Dame,” Lockwood said.

Dovichi stressed that Notre Dame’s leap from not having a program 10 years ago to being ranked 13th in the country is a trailing indicator, based on reputation.

“We believe we are strong enough go up more from here,” Dovichi said. “It will take time for the reputation to catch up to the reality.”

Originally published by Deanna Csomo McCool at science.nd.edu on October 21, 2019.